10 Awsome features in illustrator CS4 that increase creativity to MAX!

Is it possible to increase your level of Creativity to the MAX?

Well of course with right tools and just by knowing and using your tool of the trade in a better way can increase the level of creativity ten folds!!

You are already using illustrator 8 , or CS , or CS2 What does CS4 hold ? Sure  you can make use of these tips and tricks and new features that illustrator CS4 offers and extend the usability of Adobe illustrator. A couple of days back i was contacted by people at Adobe Layers Magazine to share these tips with the readers of AiVault .These tips were written by Adobe’s David Macy and originally appeared in the March/April 2009 issue of Layers: The How-To Magazine for Everything Adobe! . I found this introduction to a couple of features of CS4 pretty useful i hope you willl too.

One feature that has been a long-term headache for a lot of Illustrator users is gradients. The new Gradient tool makes a world of difference with really fun, on-the-artwork controls, but that’s not all—when you’re satisfied with the look of your gradient, save it as a graphic style. This will preserve the angle, aspect ratio, and others elements of the gradient that aren’t saved in gradient swatches.

2-Change the Style, but Keep the Color

If you’ve never worked with graphic styles before, you should start now. Graphic styles can save any appearance attribute (color, effects, transforms, etc.) to re-use on other objects, and the new additive graphic styles let you apply these appearances without wiping out what the object looked like originally. Let’s say you’re drawing a set of tree ornaments of different Fill and Stroke colors and you want to apply a graphic style that has a scribble effect and a drop shadow, without changing the Fill and Stroke. Select all of the circles you’ve drawn for colored ornaments, then Option-click (PC: Altclick) the style in the Graphic Styles panel (Window>Graphic Styles) to add it while retaining all of the original colors.

3-The Key to Aligning

You can easily align a set of objects to a guide. Using the Selection tool (V), select both the guide and all of the objects, and click on the guide again. The guide is now the “key object” with which everything will line up when you use the Align functions on either the Control panel or Align panel (Window>Align). You can do the same thing with any object—the key doesn’t have to be a guide.

Spring-loaded tabs in CS4 let you copy artwork from one file to another, or create symbols, brushes, swatches and graphic styles from artwork without interrupting your flow. Drag the artwork and hover over the tab and it will pop to the top so you can drop your artwork in place.

The Appearance Panel was a 2008 Hot Tip, but now there’s even more. There are eyeball controls for everything, and now that you can edit virtually any appearance attribute here, you can use this one panel instead of 5 or 6 others.

Have you ever wanted to select (and edit) all the objects in your file that have a specific Effect applied? Select the object and highlight the Effect in the Appearance Panel, then choose Select Same > Appearance Attribute to pick up all other objects with the same effect. You’ll see that the Appearance Panel now lets you edit items that are common for all of the selected objects.

Before erasing objects that use brushes or vector effects, select them and choose Object > Expand Appearance. Now the eraser will erase what you want without re-applying the brush or effect attributes to the path. You can do the same thing for stroked objects by choosing Object > Expand.

Change the Default font for new documents to any font you want. Open the startup profile (found inside <Username/Library/Application Support/Adobe/Adobe Illustrator CS4/New Document Profiles>) open the Character Styles Panel and set your preferred font in the [Normal Character Style] and then save the file. The font you set will now be default for all new documents created with that startup profile.

9-Round Corners Your Way

When you want a rounded rectangle, instead of using the rounded rectangle tool, create a standard rectangle and choose Effect > Stylize > Round Corners. Later on you can change roundness at anytime, and as a bonus you can use it on any shape.

If you’ve received a file from somebody else and you need to print it, but you find there are five different types of black, don’t fret – you can convert them all to a single black definition by using Live Color. 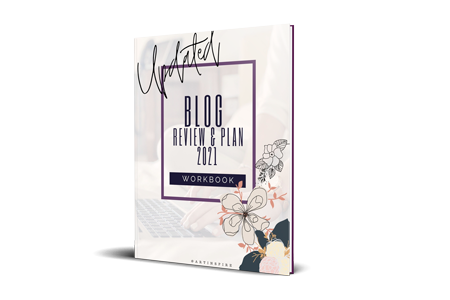